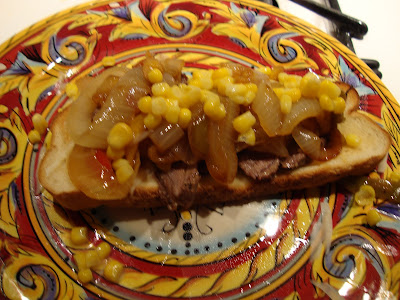 After a long weekend of working at my daughters school fair and eating Cotton Candy, Hamburgers, Hot Dogs and lots of popcorn . I knew that it was time to make a real meal again. So I looked in the freezer and saw a Flank steak and I got really excited. With Cinco de Mayo tomorrow I thought a Mexican dish was in order. So I have created a Fajita Open faced sandwich for you and if you like you could serve them with an appetizer of my 7 layer bean dip as an appetizer and More Thyme than Dough’s Slow baked tomatoes.

Heat up Broiler or Grill 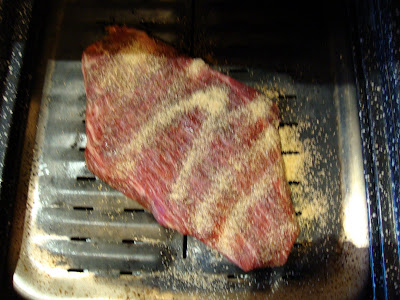 Take Flank steak and wash and pat dry make sure meat is at room temp prior to cooking.
Next season with salt pepper and Garlic powder on both sides.
You can cook this on the grill or you can broil it as I have. I generally do 5 minutes per side with a 2 pound flank steak. 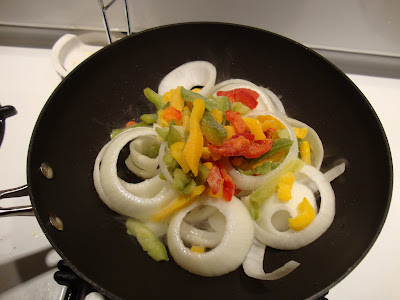 Next while Flank steak is cooking in a large frying pan or wok separate onions then place in pan with olive oil and sliced bell peppers. 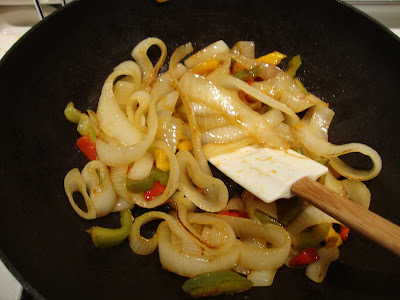 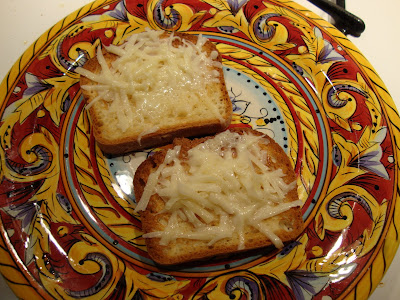 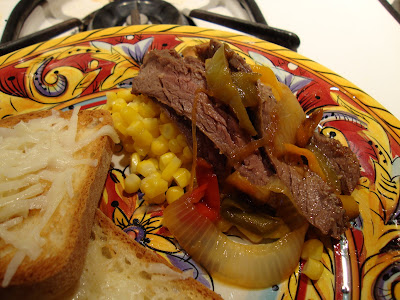 Serve on toast or on steamed corn. I steamed mine in microwave for 3 minutes. to the side I made it both ways you decide.