The Egg Hunt at Disneyland Resorts 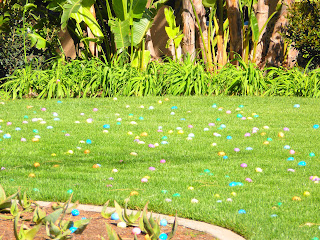 As you know from reading my last post on The Disneyland Resort.; my family had the pleasure to stay here at the Disneyland Resorts this past Easter weekend and as usual my daughter signed up for there annual Easter Egg Hunt in the Category of  7-12 years of age. They also have another category for the little set of 3-6 years of age. As you sign in they will ask for your child’s age and to see your room key and they asked her what resort she was staying at and her room key. 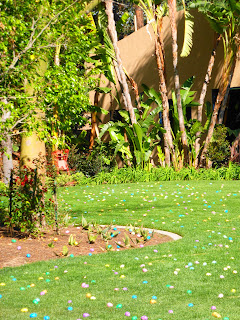 In each hunt there are 12 golden eggs and 500 dozen eggs. Each child is given an egg crate to fill up with 12 eggs but the one coveted egg is the golden egg and with over 400 children participating, it’s mighty hard to find that coveted golden egg. The reason for this is this hunt is only for the Disneyland Resort Hotels guest that includes the Paradise Pier Hotel, The California Grand Hotel and the Hotel I stayed at The Disneyland Hotel where the Egg Hunt took place. 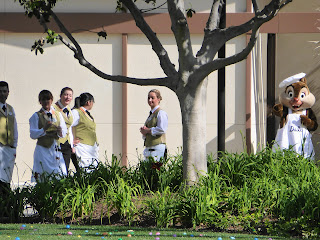 As they were waiting first Goofy came out from Goofy’s Kitchen and stole some eggs and the children were yelling at him saying he had to wait his turn too. Next came Chip from Chip and Dale and he too did the same but the wait staff told him to put them back. 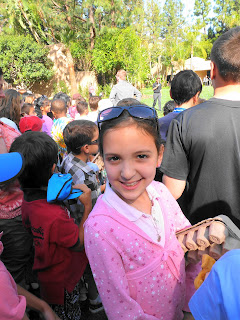 Miss J waiting patiently for the hunt to begin. 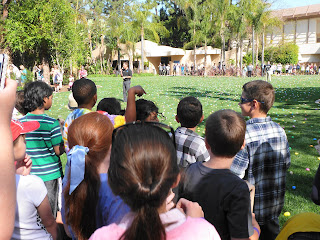 My daughter Miss J was lucky enough to spot that golden egg as she patiently waited with all of the other 300+ children for the egg hunt to start. Then the man said OK kids its time to Walk you may walk fast however, no running permitted.

She went to the golden egg grabbed it out of the tree and a little boy grabbed it right out of her hand! I said to her not to worry there has to be another one around here some where. Then she
looked down at her feet and sure enough right on her right foot was another golden egg she was ready to step on.  She quickly picked it up, and then said “Now Mom I need to get my other 11 eggs and I must put them in rainbow order. So that’s what she did. 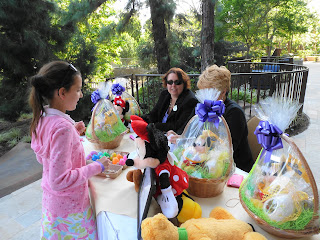 After Miss J picked up the Eggs she quickly closed her egg carton and we went to the sign in desk where she originally signed in and they gave her arm band. 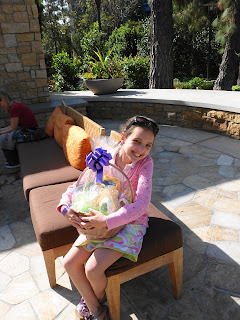 She gave her egg carton to the staff working the table and she won the biggest prize of the entire golden egg basket. 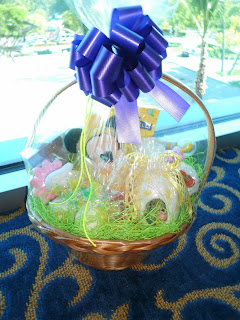 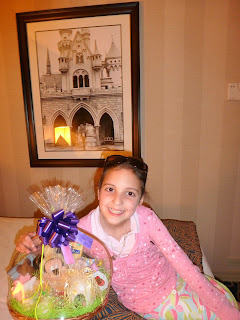 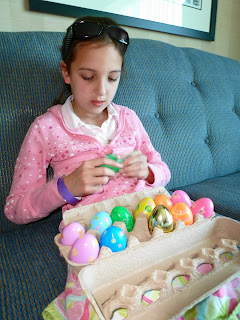 Now what did you do this past Easter Sunday?  I would love to hear all about it, do tell…